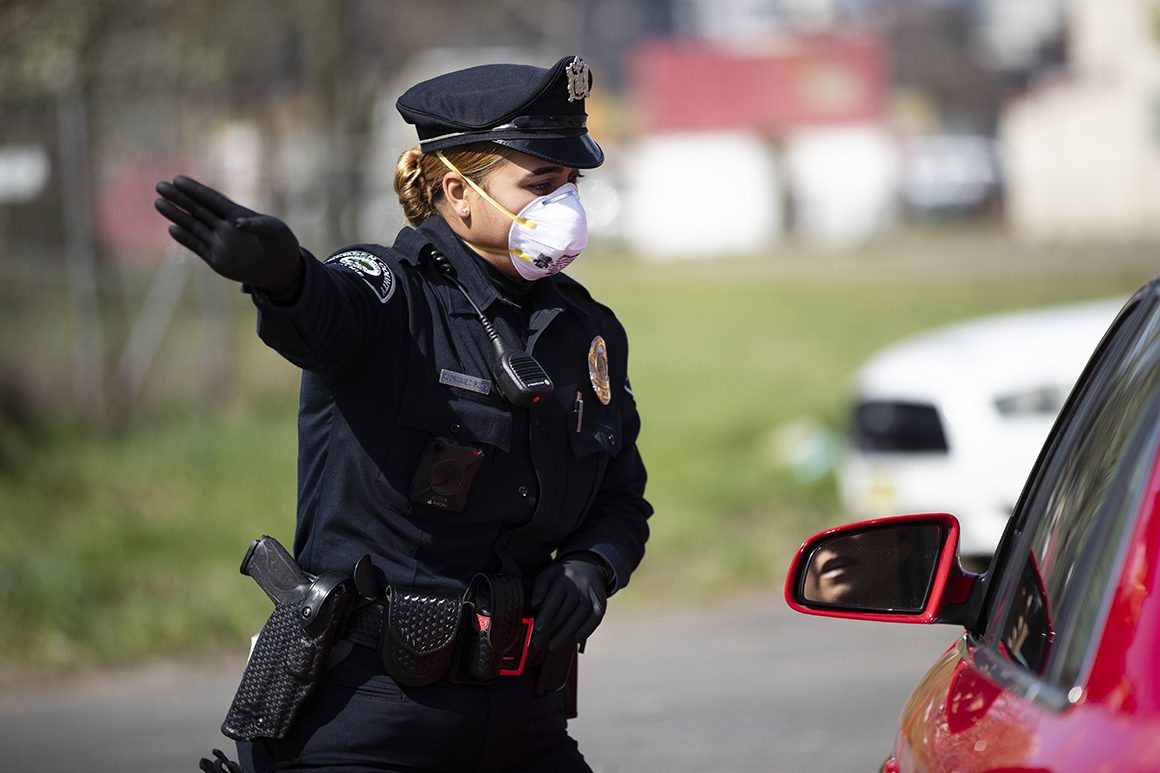 “Our concern is we risk getting lost in the shuffle,” said Bill Johnson, executive director for the National Association for Police Organizations. “We’re grateful for the men and women in health care and recognize their need to be protected as well but we also need that same protection.”

First responder groups said they haven’t heard back on their request for a meeting with the president to discuss the issue. A White House spokesperson said state officials are supposed to be in charge of helping emergency workers get protective gear.

Leaders from the National Sheriffs Association, the International Fire Chiefs Association, the Major Cities Chiefs Association and six other groups, wrote directly to the president last week urging him to use the Defense Production Act to secure masks and gloves. They also made the plea in calls with White House staff and officials at the Justice and Homeland Security departments.

“We are still pushing the White House to enhance coordination not just with the states but with the local government, particularly with county hospitals and sheriffs,” said Matt Chase, executive director of the National Association of Counties, which also signed the letter. “We need to really use the purchasing power and the logistical support of the federal government to help us.”

The lack of a response is testing the traditionally friendly relationship between Trump and law enforcement.

“We’re a little bit taken aback that nothing is seemingly being done to support the first responders,” said…

UPS and CVS plan to deliver prescriptions via drone

Stock market live updates: How the Dow and S&P 500 are trading

3 Stocks to Recession-Proof Your Portfolio